A groundbreaking ceremony led by the Guglhör family back in 2012 marked the symbolic beginning of the expansion of ept’s Buching plant. The founder, Bernhard Guglhör, and his son Thomas Guglhör, who is currently president of ept, made this move in response to increasing demand and a growing influx of orders for connectors.“The expansion will serve as the basis for our continued success on the market,” explained Thomas Guglhör. After all, it is at the main plant in Buching that the internationally active company produces the tools, machines, and assembly facilities that are used both by customers and other ept plants. The construction of new production halls and an office wing with around 1,000 square meters of space, including a cafeteria and common areas on two stories, will give employees access to modern, bright, and barrier-free workspaces and will effectively double the size of the headquarters. But floor space isn’t the only thing multiplying at ept GmbH; instead of 74 employees, the Buching location alone will be staffed with up to 150 employees, and the number of apprentices, too, is set to double. At the same time, a surge in sales is also expected. According to Thomas Guglhör, revenue will increase over the next few years from its current level of 70 million to 100 million euros.A lot of planning has gone into the annex building, which is connected to the south side of the main plant via a glass structure. The construction and conversion process proved challenging not only for Simpert Hafenmaier, the architect responsible for designing and executing the construction project, but also for Rolf Finsterwalder, the site manager. Production areas had to be restructured, storage areas had to be created and organized, and countless machines had to be moved or built from scratch.But the most important work has been completed just in time for the company’s fortieth anniversary, and the annex building at the main plant in Buching is now ready to be brought online. 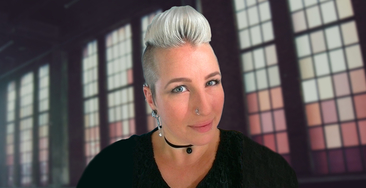